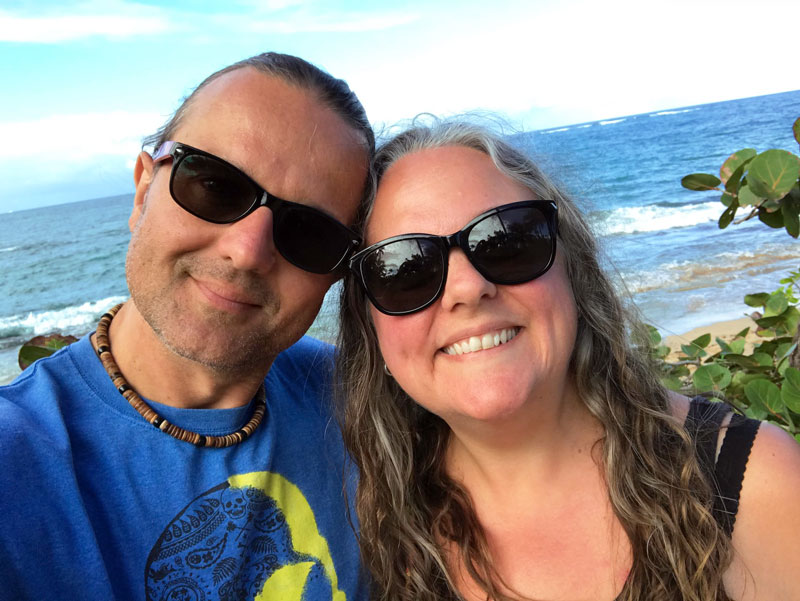 If we were to distill the essence of Flying Fish down to two words, those words would be “local” and “family”.

We are proud to be both locally and family owned with roots that go deep into the Peninsula community. Winemaking is our true passion, it’s a labour of love.

So, who are we anyway? We are Derek and Melanie Winnicki and we own Flying Fish Winery; supported by our awesome team of hard workers. They are a strong and dedicated team, and work very hard in utterly crazy conditions. Tasks change here pretty quickly, and we all thrive on a little chaos. 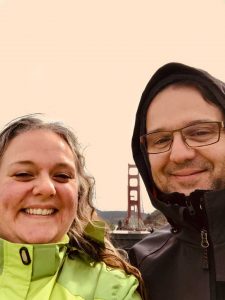 A proud Canadian immigrant, Derek grew up in Poland and London, Ontario before moving to Victoria in 2000 because he wanted to learn to sail a boat. He worked as fleet manager for a sailboat chartering company in Sidney called Bosun’s Charters for almost a decade. After that, he went back to school to acquire his Marine Repair Technician papers, specializing in electronics and radar systems. He worked in marine repair until 2013; when we bought the Flying Fish Winery. The rest, as they say, is history.

Melanie was born in Winnipeg, Manitoba and moved to the Saanich Peninsula when she was eleven years old. Coming from a long line of amazing cooks, she always loved to cook; so naturally, she chose a career in the food industry. After high school, Melanie studied to be a chef, attaining her red seal in her early twenties. She worked for many amazing restaurants before taking a position at an independent living with support seniors home, working her way up from first cook, through sous chef, to executive chef in her nine years there.

Derek and Melanie met in 2001 and have never looked back. Since having a boy in 2005 and marrying in 2006, their life together has been nothing but excitement and adventure. Both love to travel and have been very lucky to have been able to express that love through their many trips to tropical destinations.

How it all Began

We started making wine shortly after our son was born. Having a newborn and less money meant looking forward to a glass of wine at the end of the evening instead of going out with friends.  The obvious next step is best phrased as, “let’s save some money honey and make our own wine.” The place where we started making wine offered a yearly calendar and one year it had a wine of the month along with a recipe that paired with it. The last Friday of every month Melanie would make the recipe, while Derek would stop at the liquor store to purchase the recommended wine.

That’s how we started our wine adventure: We’d try a new wine every month and if we liked it, we would make a batch. 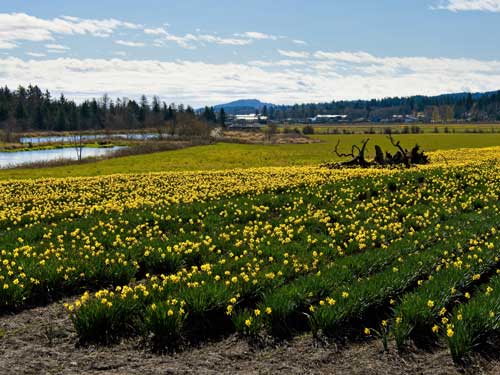 Flash forward three years and we found ourselves moving out to the peninsula; right back into the house Melanie grew up in. Being in a different area meant we needed a new place to make wine and beer; that’s where the Flying Fish enters our story.

By the way, Derek used to always go to the bottling appointments on his own; but one day, when he couldn’t make the appointment Melanie went in his place. That‘s when EVERYTHING changed! After an amazing bottling session she returned home and exclaimed, “We need to buy a place like that!” Derek’s immediate response was a stare followed by the words, “Are you crazy?” Keep in mind, we both had amazing, high paying jobs with all the trimmings…but, the seed was planted.

Not long after that, Derek very casually mentioned the idea to Laura, the original owner, who immediately told him that the Flying Fish was for sale.

All Derek and Melanie could think was, “Thank you Universe!”

Within a month Melanie had quit her career and gone to join Laura as an employee. It was very important to Laura that we loved the place as much as she did. Otherwise she couldn’t see any way it could all work out. Luckily for her, we fell in love with everything. After about a year, the paperwork was complete and Derek and Melanie became the proud owners of Flying Fish Winery. Derek then quit his career, Laura became our manager, and we jumped in with both feet. Laura retired about 3 years later and we continued to build the business with our passion for making wine. That was the beginning of what’s been a fabulous journey.

We’ve always been interested in making wine from scratch and at the time we purchased the Flying Fish, it was in the early stages of shifting over to making wine from California grapes. Fruit production was in full swing when we took over, so there was lots to learn. A couple of years later, we joined the Saanich Sommeliers and that’s when even more changes came. We met our future mentors and master wine judge teachers, truly becoming part of the local winemaking community. After taking the BC Guild of Wine Judges’, or BCGWJ’s, extensive course and tests we became qualified wine judges. Yes, there were lots of wines involved! Since then, we have won numerous medals and continue to do so, entering wine competitions locally, provincially and in the USA. We are very proud of our achievements.

Our Romance with Wine 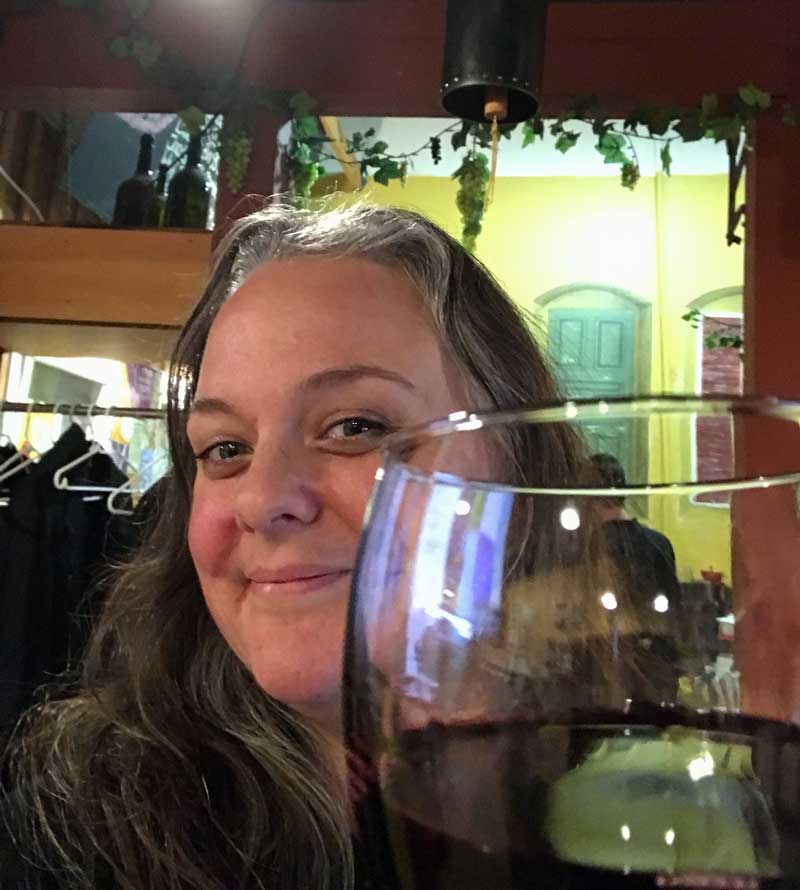 We continue to fall further in love with wine everyday. We love trying wines from around the world and belong to a couple of wine clubs in the Okanagan. We are constantly reading books and articles  to learn the most we can, and of course we taste a lot of wine. We can honestly say that our biggest weakness is definitely wine! We are consumed by everything about it: It’s alive, it changes, it has attitude; it’s complex and comforting at the same time.

We are most proud of the wines we create from the grapes we import from California. We learn something new everyday. We make amazing wines, we mess up a few, yes, we make mistakes but this is why our products are so amazing: It’s the LOVE!

How We Got Our Name

Finally, we’d like to share a tale about the origins of the name Flying Fish: It all goes back to Laura, the original owner, and her desire to honour her father. As a young girl, Laura’s dad made a flag with a fish and a martini glass. He would fly that flag at their place on the lake, and that would be a signal to the neighbours to come by for a drink. That’s the feeling we try to keep here, a sense of community where everyone is welcome and most of all it’s a fun place to be. Life is too short to drink bad wine!