What is Bottle Shock? 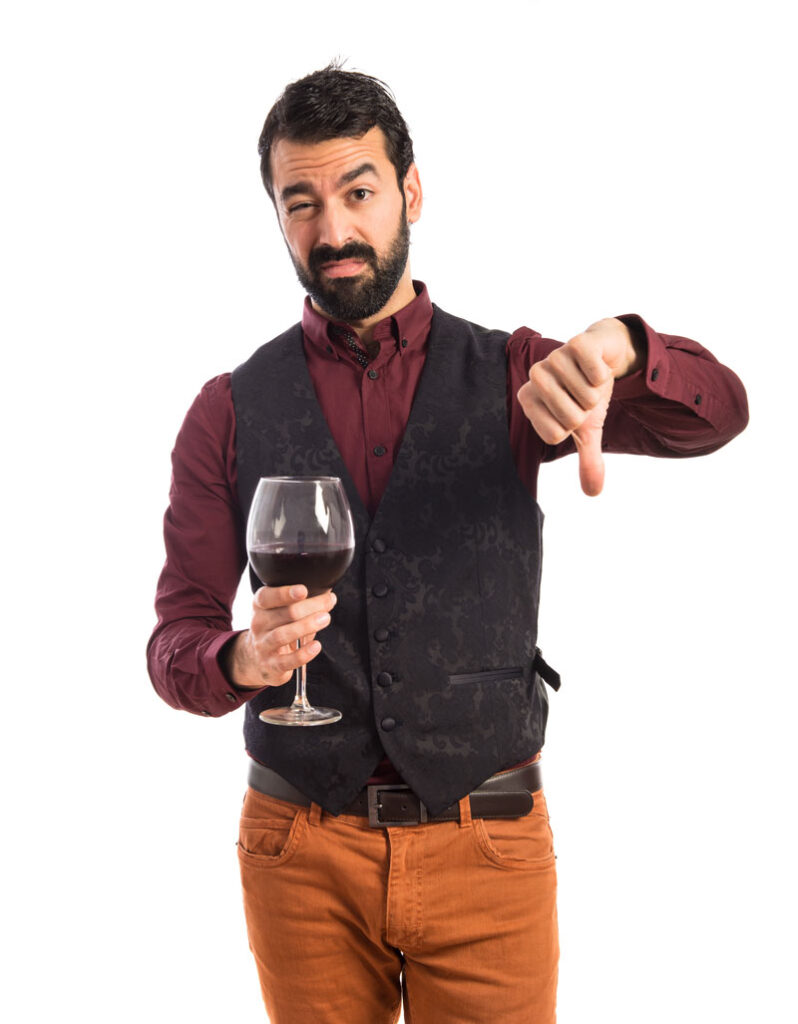 You’ve just bottled your first batch of wine at Flying Fish Winery and everything went perfectly. It tasted great at bottling and you still have the rest of the bottle to finish off at home. That night, you go home, have the rest of your homework bottle and it’s just as good as it was at the winery. You’ve got this.

Now fast forward a day or two, maybe a week, and you’re excited to try it again; that first bottle was great. You go down to where you’re keeping your bottles, pick one, open it, pour it in your glass, give it a swirl, take a sip and…What is that? It’s not your wine – It can’t be!

It’s nothing like the wine you bottled. It’s terrible; there’s no way you can drink that. Something awful must have happened and now you feel like you’re going to have to throw the whole batch away!

Before you do anything rash, stop, take a deep breath, and read the rest of this page.

Don’t worry, it’s going to be okay. This is temporary, natural, and perfectly normal.

It’s called bottle shock. Sometimes it’s barely noticeable; other times it’s like a two-by-four across the face. Whatever your example tasted like, there’s no reason to worry.

Symptoms of bottle shock include:

First you need to understand how wine ages. It’s an amazing thing; a beautiful example of the magic of chemistry.

Basically, small amounts of oxygen are slowly introduced into a finished wine. This happens through microscopic holes in the cork that let oxygen in without letting any of the wine to escape. Over time, your cork allows oxygen to gently “caress” the wine; reacting with all the complex elements and components. We call those phenolics, tannins and compounds. They are constantly changing and evolving on their own and together both during and after the fermentation process. How cool is that?

When too much oxygen is introduced to the wine too quickly, for example during the bottling process, the result is what’s known as bottle shock. Basically what has happened is the wine components suddenly react with the additional oxygen, and they all break down and separate from each other. Essentially, they are overwhelmed by the very reactive oxygen. Can you blame them? They were just hit with a huge rush of oxygen!

Now the wine is Shocked.

Will it get better?

Yes – it’s going to be fine, better than fine even. All you have to do is let your wine rest for a few weeks, preferably at least a month, for everything to balance out again. Your wine will be even better than before!

It just needs some time to register what happened. Its elements and compounds simply need to “catch up” to the oxygen. Chemical reactions take time, and adding a lot of oxygen to a bottle of wine causes a great many chemical reactions. Think of it like flicking one of those pendulum toys and watching it go back and forth. Eventually, they stop but it takes a while for everything to calm down.

Most wineries won’t even label freshly bottled wines for at least a month. That’s so it isn’t accidentally sold before it has had time to settle down, eliminating the chance of selling bottle shocked wine to the masses. It’s probably a good idea to follow their lead. That doesn’t mean you can’t put a label on your bottle before you bring it home, but it does mean that you should wait that month before opening that bottle.

It’s rarely a problem for your own wines at home, but bottle shock isn’t just something that happens to new wines. Older wines can be shocked, too. In the end, it all comes down to stability. The delicate balance of flavours you enjoy so much is the result of the complex interplay between phenolics, tannins, and other compounds.

Chemical reactions rely on two things, oxidizers and energy; oxygen is a great oxidizer, and any time you move a bottle of wine you add energy. All the little wine molecules move inside the bottle, warming up the wine because heat is motion. Sometimes that motion, that heat, is just enough to trigger the same reactions that cause bottle shock in new wine.

The good news is that just like with new wine, it will go away on its own; you just need to be patient.

Your wine is alive

It’s constantly changing and evolving… just like a child. Don’t throw it away, it just needs time to grow into its potential. Give it some time to mellow and rebalance, and it will be better than ever!